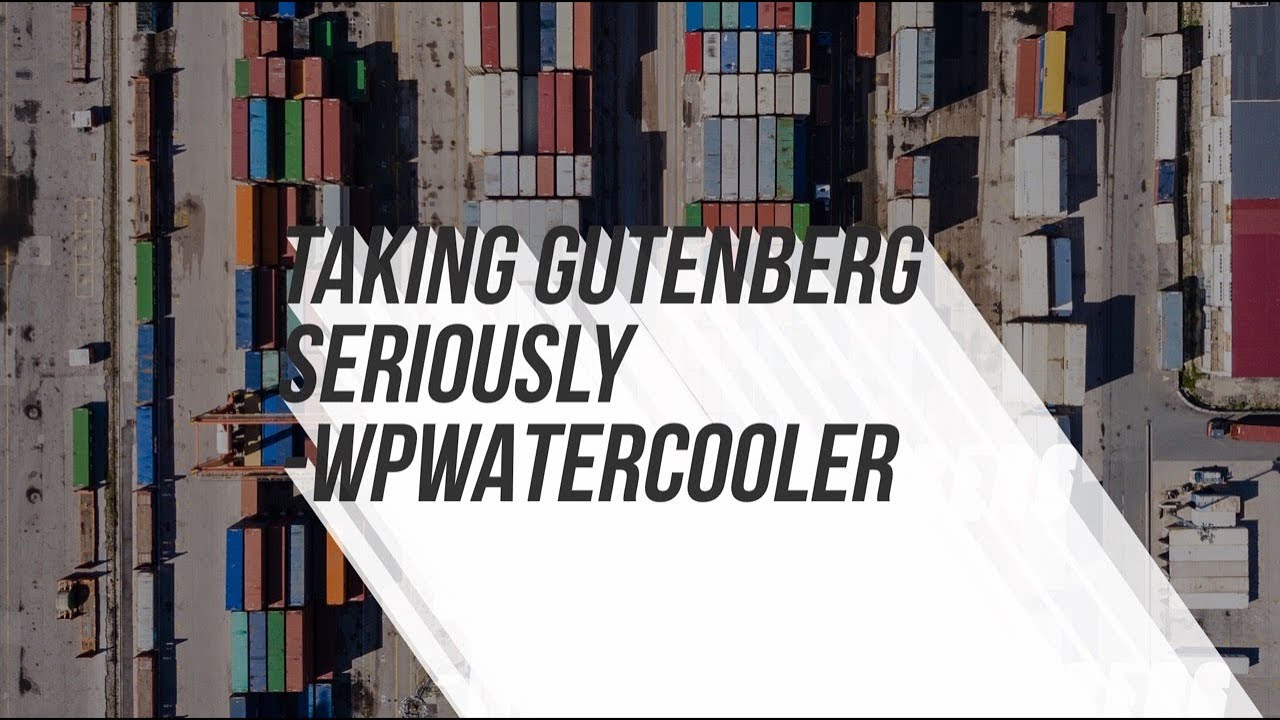 Gutenberg and how it will impact them and how folks aren’t taking it seriously.

GDPR and the recent episodes we’ve talked about it

Were not sure people attending meetups are listening when we talk about Gutenberg.

Discussing the impact and the lack of caring and engagement regarding Gutenberg concerns us. This is problematic because not know about these changes coming up can be big for many people using WordPress regardless if they are developers or not.

Cosper talks about the monolith in 2001 and they don’t know what it is but it exists. They study it and they finally hit it and all hell breaks loose and they don’t understand it. He thinks it’s good we have a new timeline and that Matt has addressed this at WCEU. Cosper says that it’s on you to learn about this.

Jason talk about the Guten-iceberg and how people should see this.

Cosper talks about the nag bar on the dashboard and how this helps somewhat to get people to look at the new functionality.

Sé brings up the timeline a bit and for ship it when it’s ready. Cosper shares his sign on his wall that’s says “shitty and done is better than 3 months late”

Cosper talks about compatibility with other plugins. Jason brings up dealing with old plugins that don’t even know what Gutenberg is.

Sé talks about old plugins in the repo and why they are still in there.  Cosper brings up that the search results in the repo shows if a plugin is old or not. Se wants them removed.

Jason brings up the Gutenberg Compatibility list and tells folks they should look into it  https://plugincompat.danielbachhuber.com/

Apple cleaned up their App Store using the excuse of 32bit and 64bit applications. https://developer.apple.com/support/app-store-improvements/

Sé wants to get Mika on the show to discuss plugins, compatibility and dealing with old plugins in the repo.

Sé talks about Woocommerce being listed on this list as not compatible with Gutenberg is concerning to her.

Sé wants to know why there is an arbitrary date for release on Gutenberg. Cosper provides a solution for larger sites and how security updates are still released for older versions. He talks about the RCs, the Nightly, and the Betas and people should be looking into these for now.

Wanna be on this episode or one in the future?

Interested in getting your product or service in front of our viewers and listeners? Check out how to sponsor an episode of one of our shows.