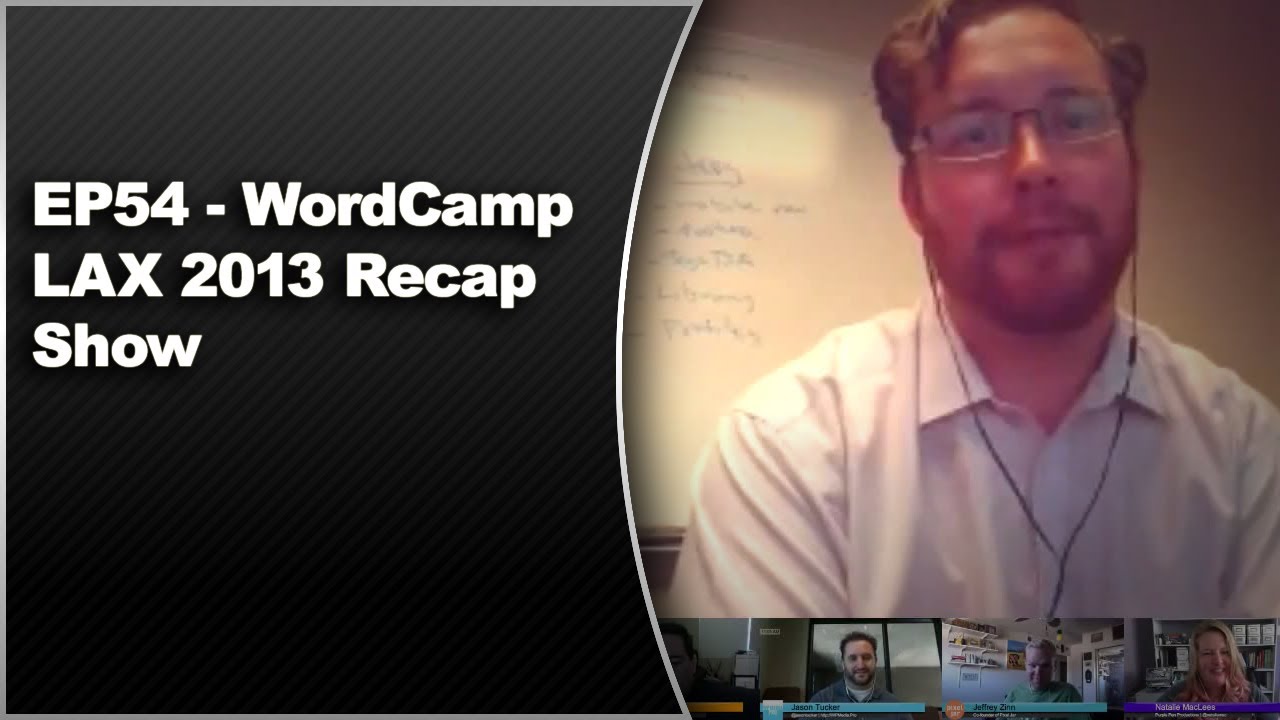 On this episode we are recapping the events that happened during WordCamp Los Angeles 2013.

WordCamp LAX was really smooth and well managed. General thoughts are that it was hard to imagine this was a first time organizer group for a WordCamp. It was also representative of life and diversity in Southern California.

Saturday: All day sessions running in 2 rooms at Cal State LA followed by the after party at the Blue Cow Kitchen and Bar in Downtown LA.

Q: Why did the organizers decide to spread the weekend out over the Greater Los Angeles area instead of keeping it to one location for the weekend?

A: Natalie has a really good relationship with Cross Campus and immediately thought it would be perfect for the smaller Sunday event since not as many people attend the Sunday event as they do the Saturday event.  The Saturday venue needed to be much larger, and they were having trouble finding an appropriate location. Cal State LA kind if “fell into our laps” and it just worked out that way. It wasn’t planned to cover the east side and west side.

Steve: Really enjoyed Paul Clark’s talk on Saturday Sass* and Less CSS. He’s a great speaker and funny with a great sense of humor. He inspired Steve to research Sass and work it into the development process.

*Sass is a different way of creating CSS much more efficiently.

Jeff was also inspired to take the information from Konstantin’s presentation and implement it into his own work.

Chris: Was anticipating the WordPress Consulting for Large Companies by Karim Marucchi, John Giaconia and Kara Hansen. A collaborative presentation between Velomedia and The Walt Disney Company.

Speak on a topic that you know. It’s that simple. If you know your topic, it becomes a conversation and that’s what makes a good session. A good session is not reading off of slides. It’s when an audience is responsive to what you’re talking about.