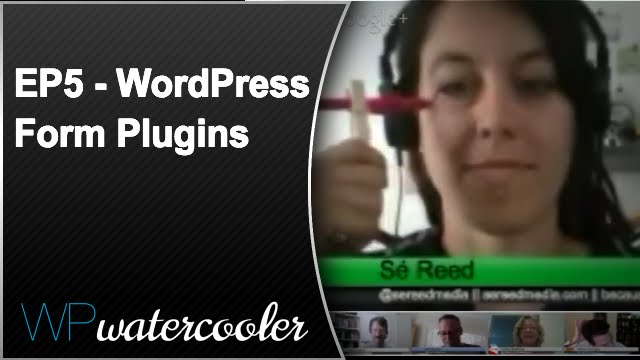 On today’s show we talk about Form Plugins and we later get into ethics.

Gravity Forms we missed Lucy Beer
Se uses Contact Form 7 on her clients sites mainly because it’s free
Jeff uses Gravity Forms
Chris says its $39 for a personal license, Formidable Lite is Free
Linda talks about Gravity Forms and licensing
Se wants her clients to be self sufficient and Contact Form 7 fills that need.
Why do we all not like Contact Form 7?
Se likes it and uses it daily.
Verious and Linda like it
Jeff doesn’t hate Contact Form 7
Chris mentions that it Contact Form 7 does store the data in the DB.
Se doesn’t mind this for her starter clients.
Chris “wants that data”
Dave says he knows of a plugin to add this functionality
Verious talks about WP-CRM to create forms
Se has used Gravity Forms for a quoting system
Steve mentions that you can use Gravity Forms for their clients.
Se cant use her developer license due to ethics issues for one of her clients
Who lets the dogs out?
Chris talks about how requirement lists helps you determine what form solution to use.
Steve says its worth $39 is way worth his time.
Se says that CF7 is good enough for her
Se’s love is free
Steve say at some point you are going to hit a cap with a plugin that is limiting.
Se loves the beauty of WordPress and to use various plugins to pull off solutions.
Chris also likes Formidable Pro is cheaper for Dev license.
Chris says that Formidable Pro and Gravity Forms works fine for creating a post.
For creating a post in a custom post type you need an addon for GF, Formidable Pro does this automatically.
To edit a form someone has already used you need to jump through some hoops to make that happen with Gravity Forms.
Verious talks about BreezyForms, he hasn’t used it yet extensively, but it looks promising.
Linda says that going with the critical mass you get more extensible functionality
Jason mentions Jetpack forms, no one has used it.
Jason talks about Gravity Forms tying into his FreshBooks using an addon.
The group talks about Bill Erickson’s CRM theme, it didn’t use Gravity Forms like we thought initially.

Se talks about Ethics and plugins. Do you pay / donate your plugin authors.
How much do people donate? $5, $10, 50? Chris donates $25 to $50
Steve takes into consideration how much time it’s saving him and then donates accordingly.
Se asks about if everyone discloses that a plugin is being used.
Steve states that having the right plugin is worth more so he charges more for the benefit of getting a product to market faster.
Linda always mentions that uses using plugins or premium plugins.
She advises that she tells clients that premium themes and plugins are being used.
Chris states that when you are selling a product using a plugin he’ll either incur the cost or for some specific clients he has them pay for the licensing on their own.
Steve adds to this that he wants his clients to own their own stuff in case something changes in the relationship and he wont be caught in the middle.
Hosting is also something they should be paying for themselves.
Linda thinks they should or could by it later.
Steve would rather not have any ties.
Se talks about modifying themes
Jason says that you shouldn’t modify a plugin
Se is building themes form scratch
Jason says that she just shouldn’t hand code forms
Se does a show and tell of toys
Linda brings it back around and talks about a client that she made a reservation form for a local taxi company.
Chris talks about http://ChrisLema.com and using twilio text messaging addon with Gravity Forms.
Chris mentions multipage forms.
Jason talks about Polls in Gravity Forms
Verious has done some things with Cart66 and Gravity Forms
Future WPwatercooler we’ll talk about E-commerce plugins.
Making fun of Dave using Windows and Unix
Playing CDs from a command line
Mounting CDs
Jeff Hester talks about some basic things for GF – Validation is pretty great
Verious loves the conditionals
Se loves how insanely easy to use
Jason talks about an addon to Gravity Forms that Yoast. It’s made of awesome and rainbows.

Great watercooler guys! Sorry I missed it…..real life called unfortunately…..to Se’s point – not everyone can or should pay for a license for a simple contact form. I recommend the free version of Formidable in those cases. I used to use Contact Form 7 a lot, but after testing it out on newbie clients, find that it’s extremely non-intuitive for them. Formidable is easier to get up and running with. Bonus is that the interface is similar to Gravity Forms, so if they need to upgrade they could pay for Formidable which is a great plugin, or transition to GF.  When I’m building a site for anyone I of course use my Gravity Forms developer license for them.

Really enjoyed this chat, and the love given for Gravity Forms. I agree, not everyone needs it, but at the same time with new users I find that Contact 7 Form is not very intuitive for them to create new forms or make changes. And as someone mentioned, it’s all about the ability to grow out…

Interesting, as I had just done last week a video on how to set up a form with Gravity Forms, use conditional logic (which is a word that freaks a lot of people out but isn’t that hard to use) and the Paypal add-on: http://www.bobwp.com/how-to-create-a-form-using-gravity-forms/

Cheers and thanks again for another great chat.

Here’s the plugin that I referenced in the show. Adds form results from JetPack, CF7 and Fast Secure Contact Form submissions to the WP database. http://wordpress.org/extend/plugins/contact-form-7-to-database-extension/

Thank you for including me! Here is the website that I mentioned as a Gravity Forms example: http://NorthShoreCab.com Note the reservations forms work great on your phone as well.

Thanks for trying WP-CRM! If you want to check out our other products, just drop us a message on facebook (https://www.facebook.com/usabilitydynamics) and I will give you some licenses for our premium features so you can see thi complete functionality.