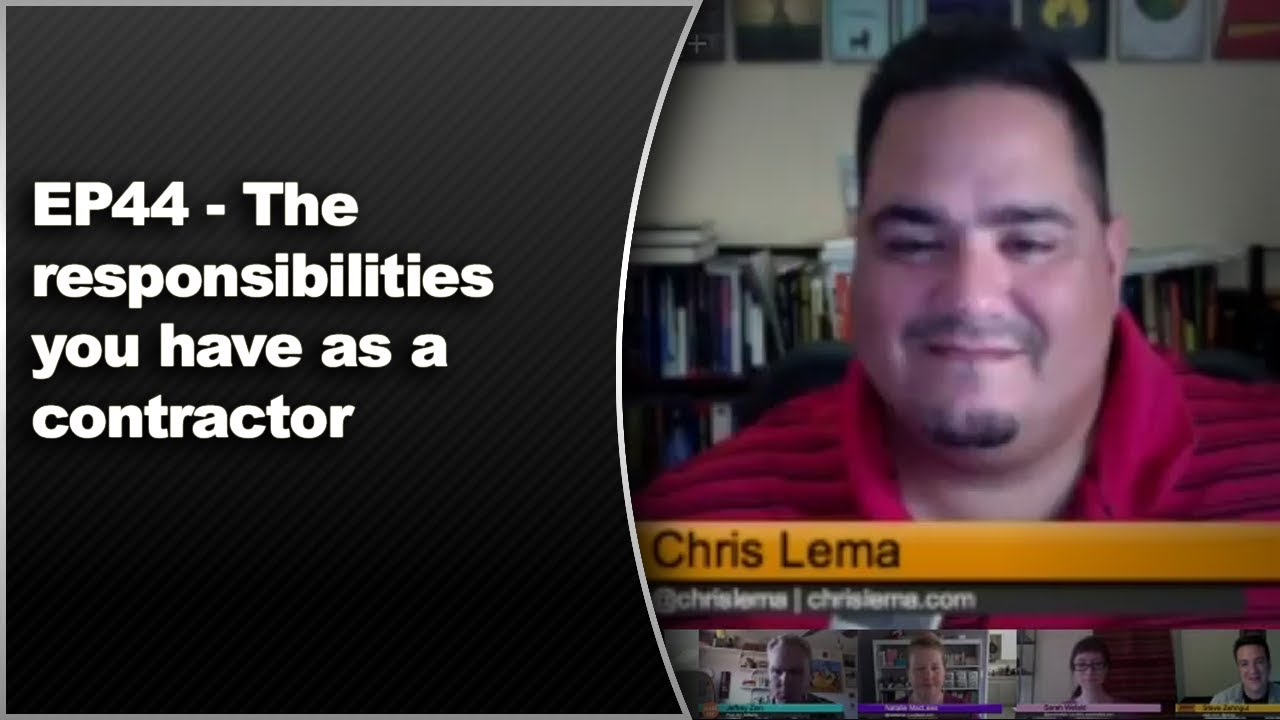 We’re asking where their responsibilities end in a project and do you define it up front?

Some clients are looking for a firm that will be a “one stop shop” meaning they want someone that will provide logo, social media, website, content. So as a contractor, what do you do?

There is a benefit to being a one stop shop. Some clients don’t want to hire a lot of people to handle all of those aspects. If you are skilled enough to do it and willing, you will likely be hired and therefore have a job. This is a good way to start, but after a while, you might find your niche and start dropping some of the items you don’t enjoy.

As a contractor, it us your responsibility to be completely up front about what is AND isn’t included in the project. Be very clear about your expectations. Communicate, communicate and communicate.

Often potential clients will assume you will be handling an aspect that you have no intention in taking care of, such as content. Several panelists include a sheet with services included. This page tends to spark the most conversation between the client and contractor. If they are asking for a service you don’t provide, let them know you would be happy to refer or subcontract out the portion of the job you don’t do to someone that does that type of work.

Contractors are consultants and guides, not order takers. There should be a conversation throughout the project with the client.

Utilizing a Scope of Work.

Wes’ process: He uses Freshbooks. If anything changes from the original Scope of Work, even if it’s a small change or addition to the original contract, he sends them an estimate that they have to accept before he does the work. When they click “accept” it makes them more mindful that they are asking for changes.

Using a Scope of Work for ALL jobs large or small helps you come across professionally.

If you do a lot of “little” jobs, but you don’t keep records, when the client comes back to you for the “big” job, you won’t have the proof that you’ve done a lot of “little” jobs for them already and now you need to charge more. Record keeping and invoicing often will help show the progression of the smaller projects leading up to the larger one.

When does maintenance start?

Suzette: Once project is finished and delivered and they have made their final payment – anything extra from that point on (updates to code or data entry, etc…) that will be extra. If it’s a “bug” that was your own fault, you should take care of that without charging extra.

Chris: When he’s finished and deploys to his public facing server that they can access, and the work he was hired to do only the development effort (and it’s not in the contract that he will deploy to their servers) then he’s “done done.” Maintenance starts the day he deploys to his server.

Steve: Like Chris, he does not tie maintenance to launch but to delivery. Once the project has been delivered and given the ok, that is when a separate maintenance agreement would begin.

Another great show! Thanks for all your work producing it. Makes Mondays something to look forward to. My goal is to somehow get from Cape Cod to a San Diego meetup. Dave