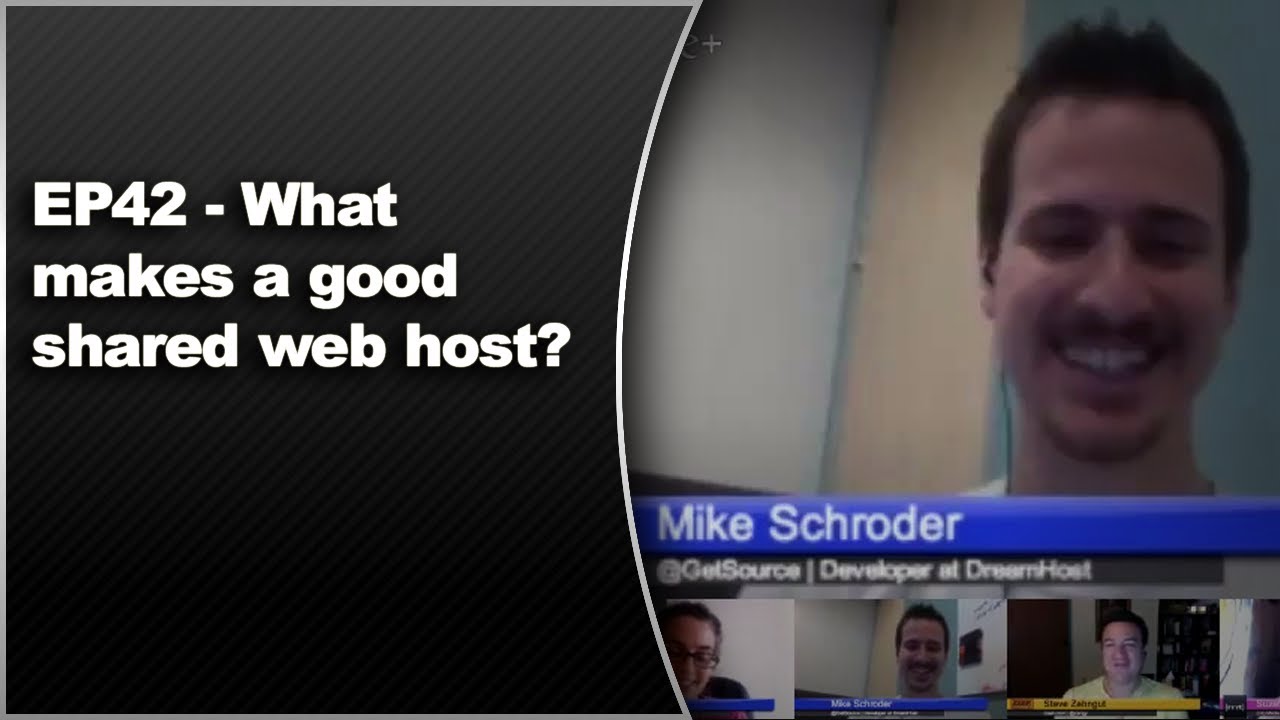 So what makes a good shared web host? Is it the support? Security? Caching? Clustering? Long execution times? On this episode we will uncover what our developer panelists look for in a shared host all without a trek to asking Deep Thought so don’t panic, don’t forget your towel and join us for this interesting topic.

What is it and why do you want to start with it?

About Support from the Hosting company

Especially software support… where do we stop saying we’ll support and help? Installation? Plug-in set ups? The support departments aren’t filled with developers. Remember that. Once you get into code, a line has been crossed. Hosting companies are not there to look at your code.

They have unlimited (within reason) domains and users. Set them up however you want. You can map them to the users however you want. They offer SSH and you can do what you want with SSH. They will often go above and beyond with helping you, however don’t expect it. They have a user friendly control panel (although Lucy disagrees with this)

They have a custom control panel. They allow up to 100 domains. They allow SSH and SFTP on shared hosting sites.

What’s the problem with GoDaddy?

Our panelists say that it’s slow and you can’t use sftp so you don’t have the ability to change things on the server (actually it looks like you can now). Good until you need to make changes. You don’t connect to the same server your files are hosted on.

insecure – gets hacked a lot? Lucy thinks so.

You can call them and get a person but when they mention WP, they are less than helpful. The default problem is “It’s a wordpress problem” and they aren’t interested in digging deeper to see if it’s their problem or a wordpress problem.

Mentions on this episode

Great episode and on a very timely topic for me, actually. I’ve been debating host migration for the last couple of weeks.

Perfect timing on this episode! I’ll echo your comments, do not underestimate the value of outstanding support when it comes to hosting.

why not try this out

Good blog post. I absolutely love this site. Thanks!

Way cool! Some very valid points! I appreciate you writing this write-up plus the rest of the website is very good.