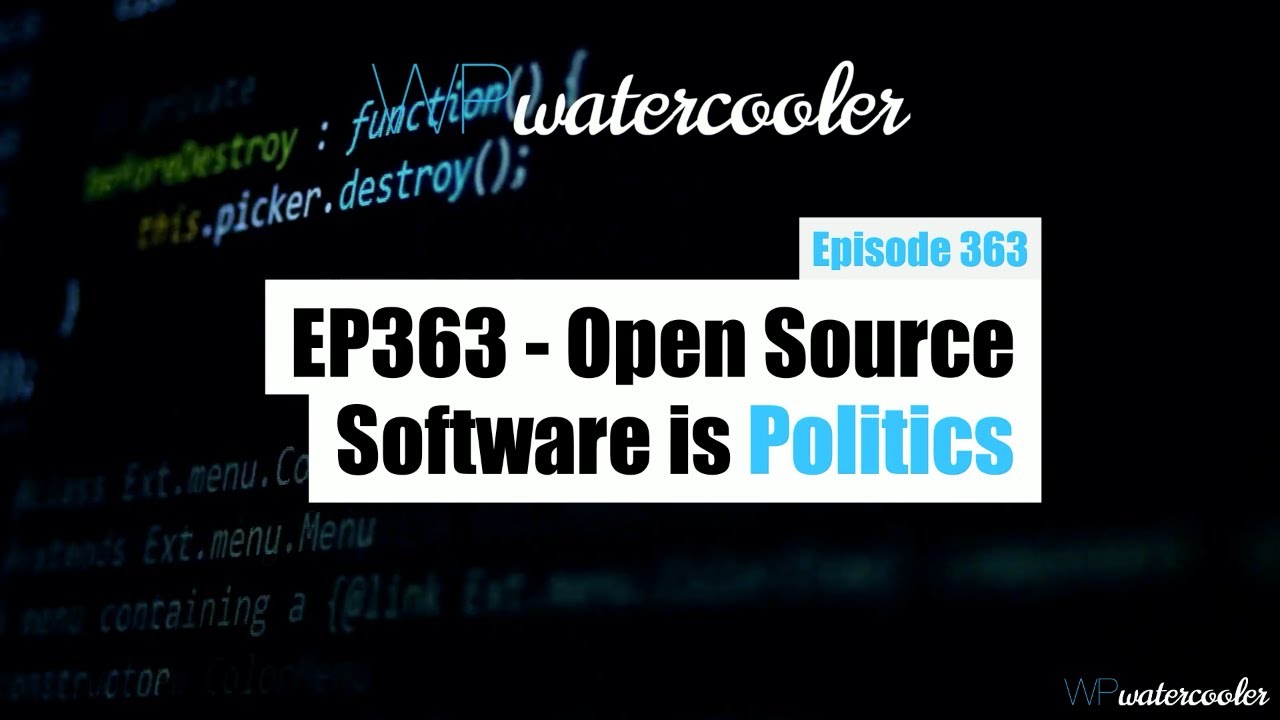 This week on the show we’re discussing the politics relating to open source software and the people that use it.

Join us on an episode of WPwatercooler by visiting our Participant guidelines page.

This really is both equally a very good information when i rather definitely preferred verifying. This may not be at all times i always get likely to see a challenge. Software House

Editor’s Note: Transcriptions of episodes are created with a mix of speech recognition software and human transcribers, and may contain some grammatical errors or slight deviations from the audio.

Jason Tucker: [00:00:00] Hey, what’s up everyone. This is Jason Tucker, and this is episode
number 363 of WPwatercooler. WordPress Post Editor Evolution and Alternatives sponsored by ServerPress makers, DesktopServer. Check them out over at serverpress.com.
I’m Jason Tucker. You can find me over at Jason Tucker on Twitter. My website is Jason target up blog,
I’m Steve Zehngut with the founder of Zeek Interactive. I run the OC WordPress meetup.
I’m Sé Reed: [00:00:34] Sé Reed, I make WordPress, Teach WordPress and at Sé Reed Media on all the things
Russell Aaron: [00:00:39] My Name is Russell Aaron and I do things with WordPress in Las Vegas.
Jason Cosper: [00:00:43] It’s Jason Cosper AKA Fat Mullenweg