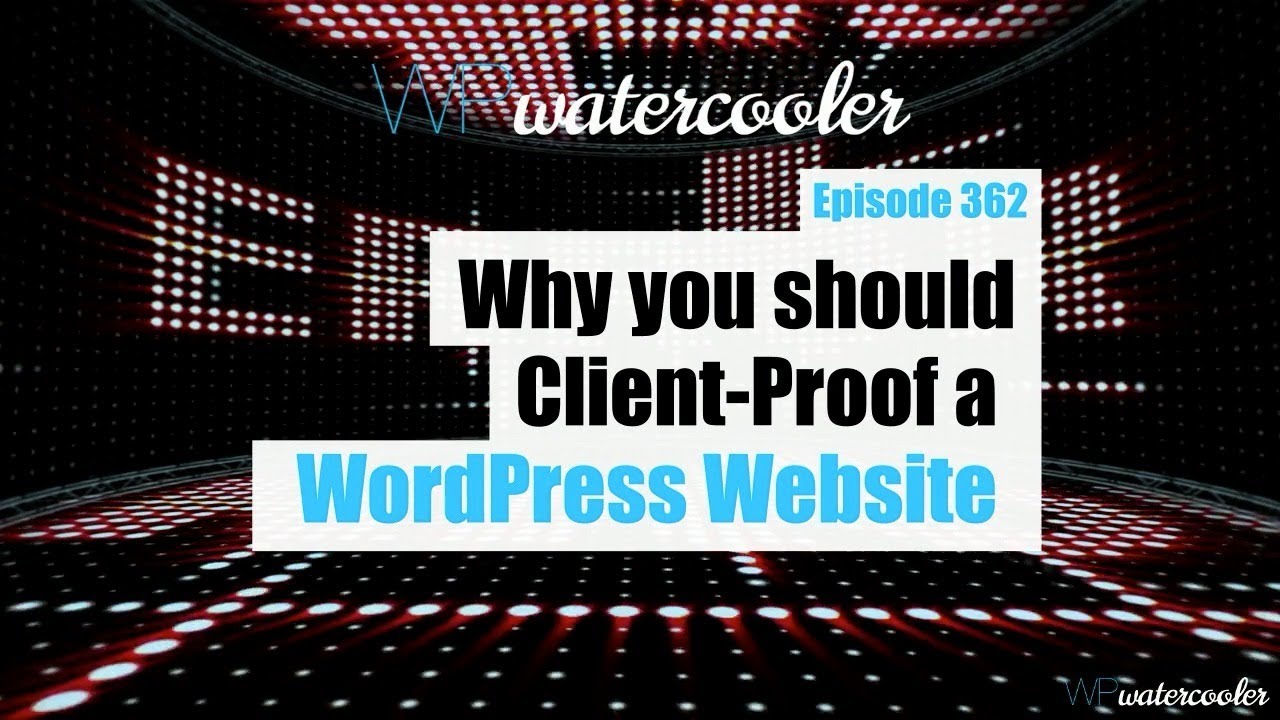 This week we’re going to be discussing the daunting task of why you should to client proof of WordPress website.

This episode of WPwatercooler is brought to you by ServerPress makers of DesktopServer they make local WordPress development yeas, check them out at ServerPress.com

Editor’s Note: Transcriptions of episodes are created with a mix of speech recognition software and human transcribers, and may contain some grammatical errors or slight deviations from the audio.