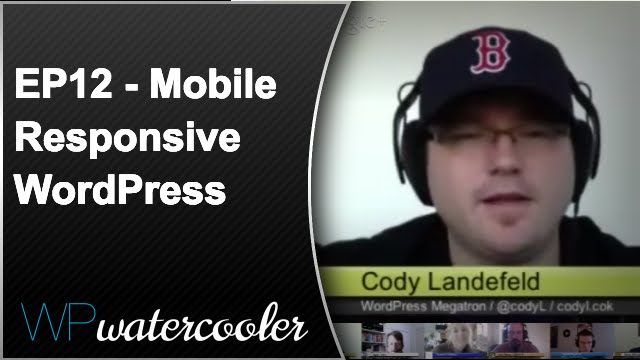 Jon goes in to explain how responsive and mobile are different.

Elizabeth mentions that a lot people use their sites as mobile.

Jon wants the difference between a responsive site and mobile site known and that they are different.

Steve Zehngut speaks to his clients regarding their site in terms of how the site will be viewed.

Steve mentions how it depends on the project.

Patrick agrees, that’s about 95% of the projects.

Chris shares his take regarding it being an information/architectural question, not a visual question.

Jon describes how he thinks of it as a user experience issue, provides an example of an airline’s needs.

Wes brings up picking an app from your phone an asking, what’s the WebApp equivalent?

OmniGraffle is mentioned and discussed.

Wes suggests creating a distinction by asking, would this be better as an app, an web app or an website?

Cody provides an overview of his take regarding what factors distinguish whether an app or web app is required.

Wes mentions how we are far from being ready for using responsive completely.

Cody asks “How is responsive now a prerequisite for a plugin you’re using on a marketing site?”

Jon mentions how he writes plugins with responsive in mind, yet brings up the point that it can’t always be like that. He asks what others are doing?

Suzette Franck uses images Percentages on the width and fonts as ems.

Steve brings up the issue of outside media that clients are using.

Wes shares a strategy to deal with clients adding info to their site from their phone, while still maintaining responsiveness.

Jon breaks down the plugins of which plugins are more likely to handle responsiveness.

Steve adds more info regarding media players and responsiveness; shares the struggle that it is to make some players responsive.

Jon gives his take on other plugins. Suggest that the repo have tags at to which plugins are responsive or not.

Wes brings up how some clients aren’t interested in responsiveness.

Strategies are shared to deal with the client using responsiveness in their site design.

How much site traffic from mobile is brought up and discussed. More and more traffic is from mobile vs. desktop.

Chris mentions a housing application web app program that he oversees at Emphasys and speaks about how much mobile has taken over.

Steve mentions the importance of Google Analytics and how it can be used as a marketing tool.

Cody mentions handling clients’ expectations and questions giving the client everything they ask for versus providing guidance for the clients.

First page mobile, Scott, running promotion for 50% off; design a landing page for your website that is very mobile specific. See at Chrislema.com, great to get the site visitor info they need to.

Suzette makes the point that it’s important to have a link to bring up the full version of the site, when looking at mobile.

Wes mentions Content from Stephen Hay article dealing with the question of what should mobile site content be.

Chris finds support for the landing page for mobile.

Steve wonders how it works.

Suzette asks about JetPack Mobile? Believes it takes your site and publishes it to a mobile site.

Jon brought up OnSwipe, good reviews all around.

Wes mentions how to build the responsive site. Ethan Marcotte’s article brings up the emphasis of content and what content is. “If something doesn’t have value with our mobile readers, what value does it have with any of our readers?”

Wes describes how that’s really a stripped down version of the site, with progressing enhancement.

Jon brings up the importance of starting with a content plan.

Patrick mentions how all sites are responsive and how his team builds them.

Cody brings up comps and comp strategies are shared.

Chris gives a take away; put content first and users’ goals and objectives.

Wes mentions how we are getting better.

David states that is part of our job as well, to educate the clients.

Jon mentions the importance of making it clear the difference between true mobile and responsive, and what the client really needs.

Special Thanks to Elizabeth Shilling for the show notes. Visit her site at: http://www.orcawebperformance.com/